Students can achieve various awards during the school term. These include: 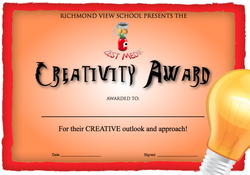 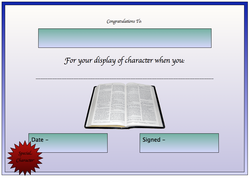 THE CHRISTIAN CHARACTER AWARD is given out during the two termly Principal's Assemblies by the principal.  One person is chosen from each class by the classroom teacher for displaying exemplary Christian character. 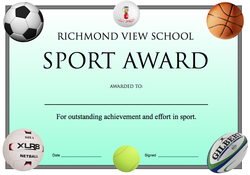 THE RVS SPORT AWARD is given to one person during each Zest assembly.  The recipient is chosen for their effort, sportsmanship, skill and teamwork during school or Saturday sport. 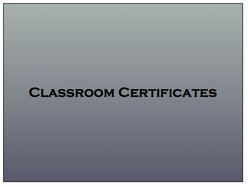 CLASSROOM CERTIFICATES
When a classroom led assembly takes place, (usually 5 times per term), teachers give out their own certificates for excellence and effort.